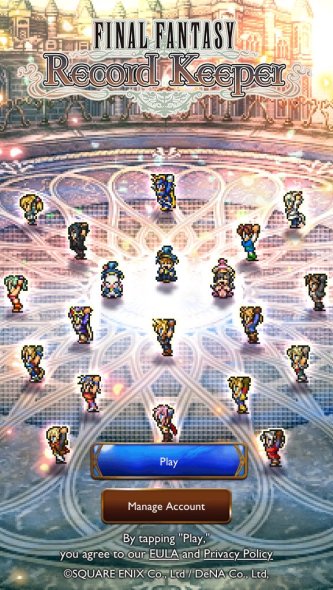 Hey record keepers, it’s your pal, Dari Scitydreamer, and welcome back to another weekly Final Fantasy Record Keeper Report, or, FFRKR! What? This is off-brand for the site? This has always been an Record Keeper fansite, what are you talking about? So anyway, quick recap! Last week, we had a discussion on the Final Fantasy V event dungeon and whether or not some of the new characters introduced are important enough to warrant being made characters in FFRK. Again, I argue that if they made Jihl Nabaat a playable character, that minor FF XIII villain that got unceremoniously dropped out of the narrative, why the hell not? We also discussed our pulls from the 33x Relic Draw and hollered about trying to get Tyro’s new Ultra Soul Break.

This week’s report will just focus on upcoming events, so it’ll be a bit light. Easter Sunday is tomorrow and as we all know, the Easter Bunny detests video games, so in honor of him, I’ll avoid going into the usual 5000+ word sermons these reports go into. 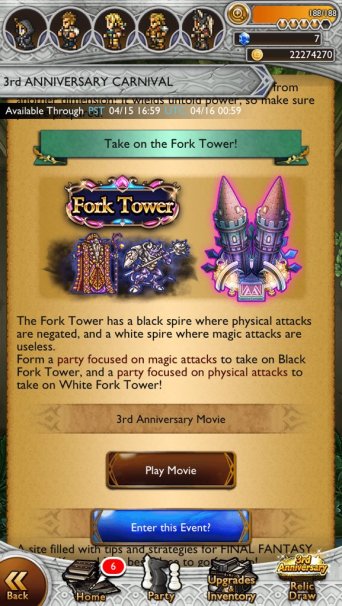 As we know, the FFRK 3rd Anniversary Carnival will still be ongoing until April 15th, so that’s plenty of time to do some orb grinding and easy access leveling! There won’t be anymore new gift dungeons after tomorrow, unfortunately, but the rewards that they’ve given out has been pretty good, so let’s be appreciative of that. Also, if you’re out of the loop, Ozma has recently appeared as a raid dungeon boss to fight with your pals! Go on, fight that rainbow orb!

This week, the Fork Tower is finally opening up! Remember those gimmick dungeons from Final Fantasy V where there was a dungeon where you could only use physical attacks and a dungeon where you can only use magic attacks? Well, it’s here! Bah, don’t feel too bad about it, it’s actually a fair FF V gimmick, all things considered. Remember that fight against those bombs that’d revive everyone on death if you didn’t silence them beforehand? Awful. 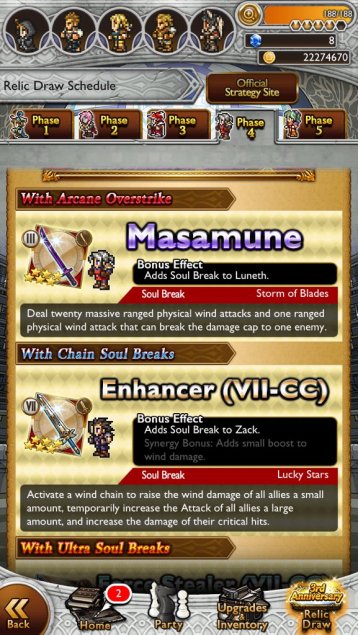 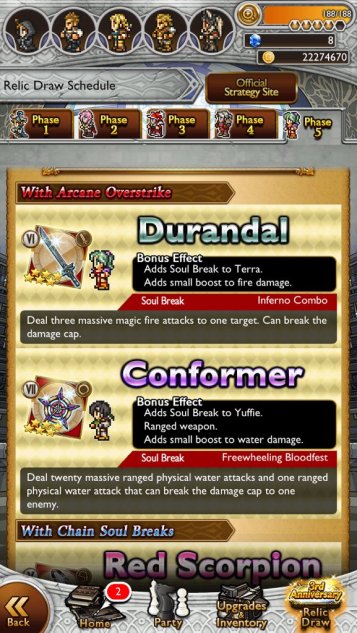 Phases 4 and 5 of the 3rd Anniversary Celebration banner is happening this week, so be ready for that! For me, I no longer care about the rest of the event because I got Tyro’s Divine Veil Grimoire back in Phase 1. I hold the ultimate protective power of gods in my hands now. I’ve ascended. Become as gods. Boy, it’d be so cool if Record Keeper got a Nier: Automata event… give Tyro a Grimoire Weiss weapon……..

But, I guess if you care and got the Mythril/dough on hand, here’s what to look for:

Remember to grind through those dungeons for Mytrhil and log-in for your bonuses! If you’re in desperate need, I guess you can pay money, but… (takes off cool person shades I’ve been wearing this whole time) Please, don’t do this to yourself. Avoid the siren song of “whaling.” Gambling is a frightening addiction that can destroy lives. Many people still don’t take the consequences of whaling seriously.

(puts shades back on) Anyway, that’s enough real talk. Speaking of Brave Exvius, Square-Enix came out with a video showing a full 3D remake of Brave Exvius! Wow, this is exciting and completely real! We can only hope that Final Fantasy Record Keeper receives this same treatment.

I’m still trying to get ahead of the curve in FFRK. I’ve got a bunch of story dungeons to plow through and, well, I’m going to be honest, I don’t know what a magicite or magicite dungeon is. Huh? What? That disqualifies me from being a professional FFRK blogger? How silly. If war criminals like David Frum can still get speaking platforms and the New York Times keeps giving unqualified dipshit yokels thousand dollar op-eds, surely, I can self-appoint myself as a Record Keeper expert.

Anyway. That’s all for this week’s FFRKR. Next time, we can hopefully yell about whether FFRK is actually the best version of Final Fantasy II or not. Remember to like and leave a comment and I’ll see you next time, record keepers!