I try to work on my own games, which I’m sure makes me look like a damn hypocrite on writing about games if you think they’re bad.

Slimes: An RPG Maker game currently in the works where a crusader and a healer goes into a dungeon to kill slimes, and hopefully, not each other. 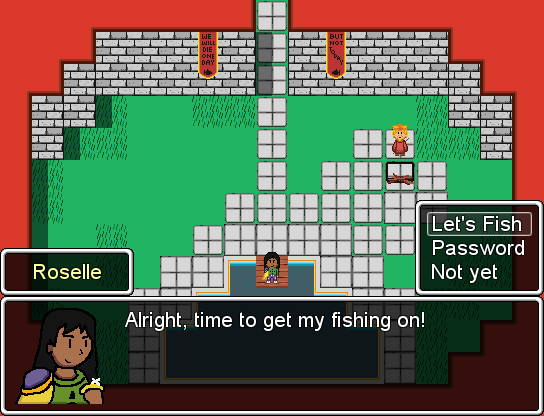 Fishing Minigame 2: A pseudo-visual novel where a young heroine decides to ignore the main quest to go fishing. 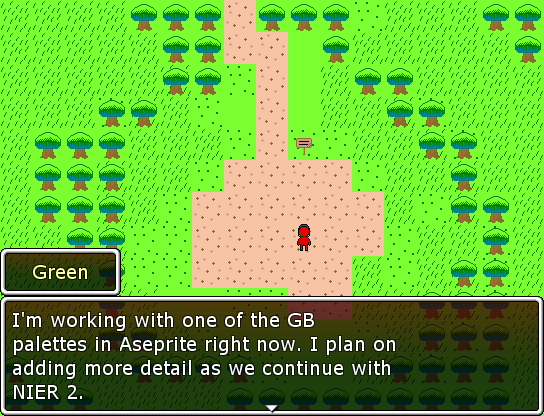 Let’s Make a Game!: My entry for IGMC 2018 where a team of people try to make a game and absolutely nothing else happens.

To Crime Nirvana: My entry for the Indie Game Maker Contest 2017. It’s a boss game where a former gangster, his occultist boyfriend and their cat fight a bunch of gang leaders trying to attain the sacred status of Crime Nirvana.

NASU Plus: An unconventional Yume Nikki fangame that plays as a shooter. It’s currently on version 0.03b, which has three stages that also loops around. May or may not pick it back up in the future; Super NASU in the new Yume Nikki is too good.

Dreaming of Shadow: A Twine about a person that loves collecting games merchandise and their quest to get a statue of Shadow the Hedgehog from some asshole.

A Gang of Weirdos: Short game made in RPG Maker MV about finding the souls of dead worlds. This game is definitely flawed but it was the first game I ever finished for the winter 2016 My First Game Jam, so I’m proud of it regardless.

Little Red: A top-down shooter game starring Little Red Riding Hood on the way to grandma’s house, with one-hit deaths and poorer quality Isaac shooting. Made for the summer 2016 My First Game Jam.

We Are Finally Undead Cowboys: A twine about a cowboy assassin that must kill a cowboy necromancer. Play in your browser here.

Treasure Quest!!: A strange treasure hunter named Quiddity heads to an underground land to join the people pursuing an Unknown Treasure. This is a cancelled project that can also be played in the browser.