I’ll be looking at the games in batches of 7 or 8, giving my thoughts and the like. When looking at these, I’ll definitely be less discerning than I usually am. For a lot of people, the game jam was their first experience with game making. I’m not in it for the roast, my dudes.

you&me is brought to you by nyrator. While the game in its current form is an obvious beta, the game introduces an interesting premise. Rather than the main character living on their lonesome as in usual Yume Nikki fangames, the heroine Yarn is living in a room with her sister, Nyla. Instead of accessing dreams through a web, Yarn’s dreams are to be based off of conversations with Nyla, which exists in beta form as Nyla simply setting variables for you. Through this system, the dreams could be more personal and a (literal) exploration of the relationship between the sisters. This is something that could be really interesting and I look forward to seeing it developed further!

The Dream Di@ry, by farfin, is a Yume Nikki fangame that’s based off of Cinderella Girls, that Idolmaster thing.

I know fuck-all about this stuff, so I wasn’t sure what to expect going in. The art for the game is super cute and the music is great – though, I’m not sure if it’s original music or remixes of Idolmaster stuff. It also succeeds in feeling like a Yume Nikki fangame, as I feel that it manages to get the exploration down. Overall, it’s a hit that comes out of left field. However, even though I liked this, I feel that I would have had a better appreciation if I knew anything about Idolmaster. 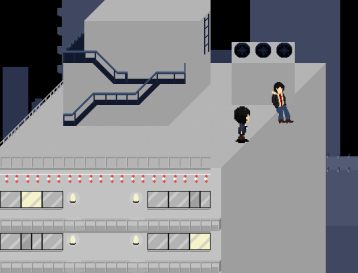 Manda no Yume‘s made by LaytonLoztew. While it’s currently incomplete, there’s five main worlds and nine Effects to collect.

While the main game is classic Yume Nikki fangame fare, the game has some more nontraditional elements. The game embraces the use of combining Effects by equipping them as left-hand and right-hand Effects, which is a mechanic that is barely used in a few more well-established games. There are currently at least 21 Effect combinations and while much of it is cosmetic, I still appreciate that that this mechanic sees more use.  There’s also a talking NPC that also acts as a hint system, which is a rare thing, if not a first. Also of note, I really like the game’s UI, it’s pretty neat! Really, more fangames should have more visual menus like this.

Also, the side area you can go to after you get a certain item is amazing.

Clinginglies has had past experience making RPG Maker games influenced by Yume Nikki and it really shows. The demo feels really fleshed out, with what’s there showing off nice art and music. The atmosphere of Take the Veil is superb, from the lonely walk in the rain to the abandoned campsite to the somber graveyeard. It also works effectively as a demo, showing off enough of the world that made me question it and look forward to see more of. I really think Clinginglies did a fantastic job with the time that was available! 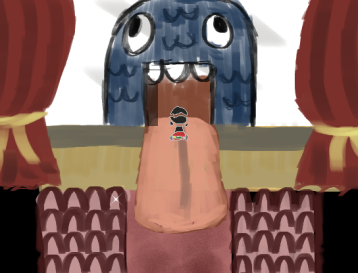 Mementos is by adanteallegro, about someone named Pure trapped in a dream world. Or, to be more accurate, about a whole village that’s trapped in a dream world. The premise revolves around a village that was assaulted by a black mist that sent everyone into a dream state. The only way out for the inhabitants is to go deeper into the dreams and collect all the Mementos. It’s a quest that no one’s succeeded or walked away from, but Pure decides to take up that task.

The game has a unique art style compared to many fangames, most things looking painted or drawn. The music, while not the usual ambient fare you expect from Yume Nikki games, are pretty nice melodies. I’d say that it’s more fitting of the vibe of the game, which feels like an adventure rather than a game of surreal introspection. It’s incomplete, but I look forward to seeing more, like the fates of other villagers that tried to dive deeper as well as that of Pure’s sister.

Passing By is by jpegurl, focusing on a young girl named Wren and her travels on a train. Her motives for her traveling is unclear, though there’s a hidden off area that could provide some clues.

Wren travels by selecting a destination for the train and taking a seat to wait until it arrives at its destination. From there, she can go out and explore, with a handy whistle that transports her back. The game’s sort of your standard Yume Nikki fare, though it more explicitly embraces the wanderlust aspect of these games. That area I mentioned above also sorta works as a good narrative hook to get me to wonder what Wren’s deal is. Looking forward to see how this develops! 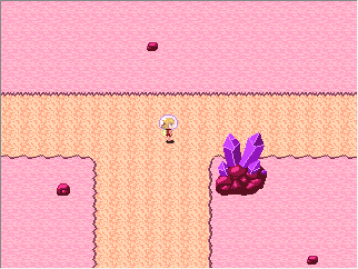 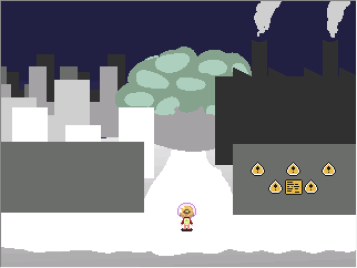 Moon Cradle is by Kometaf, who’s not only new to game making but also isn’t a native English speaker, so don’t be judgmental going in!

The game revolves around a girl named Alice, who dreams of being a space captain. Instead of a standard Nexus, Alice enters a dream spaceship manned by crew members, from which she can head down to a planet. Alice can collect Mods to give her spacesuit abilities. The game also introduces a different sort of collectible with the goal of assembling a space crew, via seeking out NPCs. I really think this could be an interesting idea. Maybe acquiring crew members can be more involved than collecting Mods, like doing sidequests for them or whatever. I’m not sure what this could ultimately be working towards or why Alice dreams of being in a spaceship specifically, but I suppose those answers could come in the future.

Congratulations to everyone that managed to get their games finished, especially to those that are new at this! I’ll be checking out more games in the coming weeks!