god opens the door And Flushing Abusers Down the Toilet

This article was written by Bez. While this was originally written two weeks ago, it’s pretty prescient now because Bez currently has a GoFundMe for him and his sister to leave their abusive household. Please consider throwing in your support. 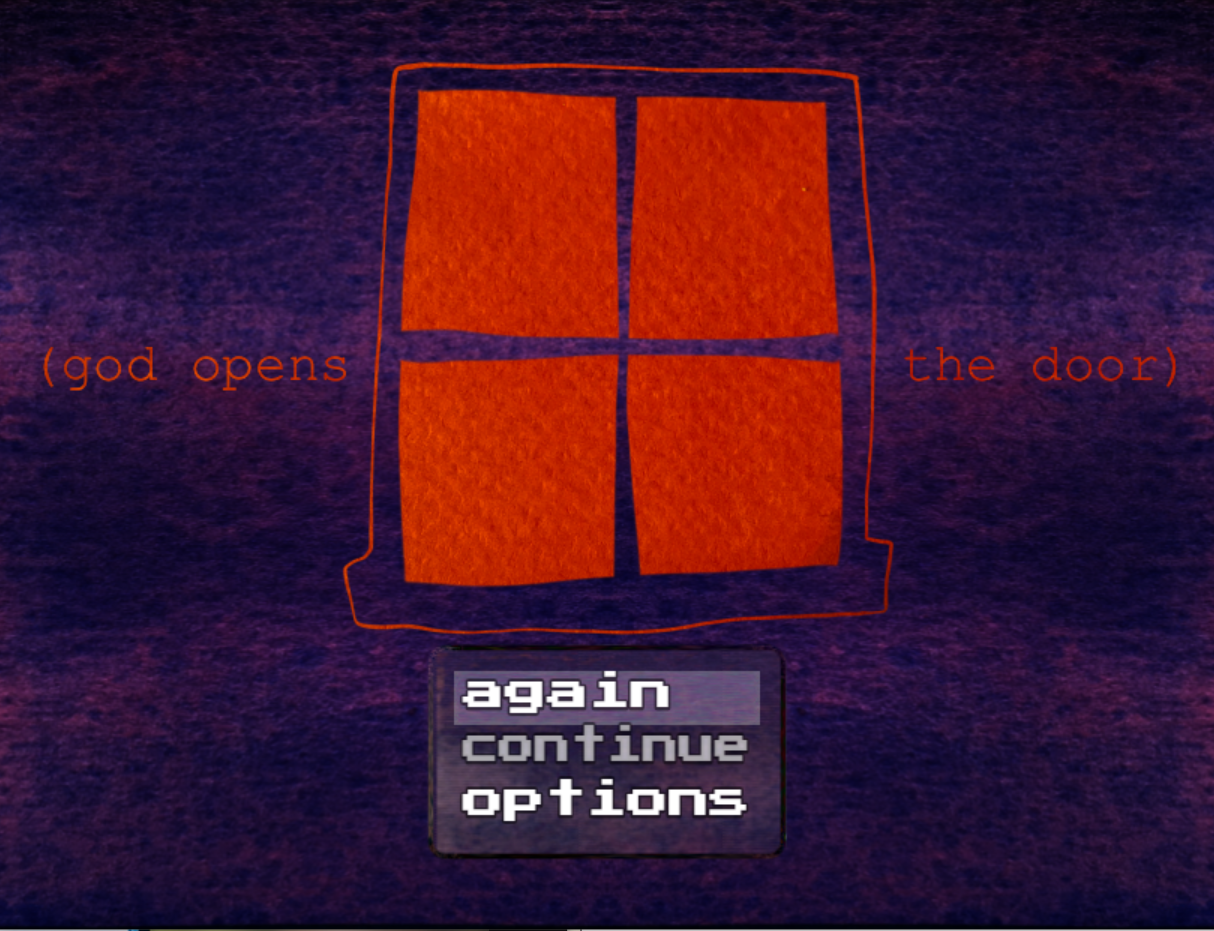 god opens the door is a strange horror game by vvyrmwood, made in RPG Maker MV. I will be spoiling all of it in this article, so I advise you go to play it here. It’s a very short experience. Just be aware of the content warnings.

Everybody good? Ok, let’s dive right into it.

This may be one of the most interesting horror games I’ve ever played. From what I read from it, it seems like the mother had an abortion and disposed of the baby’s remains in the toilet. The main character starts hearing the baby speaking to her—whether this is the main character’s imagination, a ghost, or something else is unknown—and murders her mother to have her mom join the baby, so that the baby will be less lonely.

I also wonder if the title is referencing the phrase, “When God closes a door, He opens a window.” If so, that could be a nod to the main character escaping their locked bedroom through a window, which gives them the opportunity to kill their mother and put her in the toilet.

And I do have one unanswered question: who or what exactly is the being in the attic? And why does that strange creature decide to give the main character a knife and instruct them how to kill their mother, instead of trying to find a way to help the main character escape their terrible situation? It’s certainly a strange solution, to say the least. My interpretation is that the being is the main character’s father, trying to care for the child in the best way he knows how, but that’s just my view on the matter. 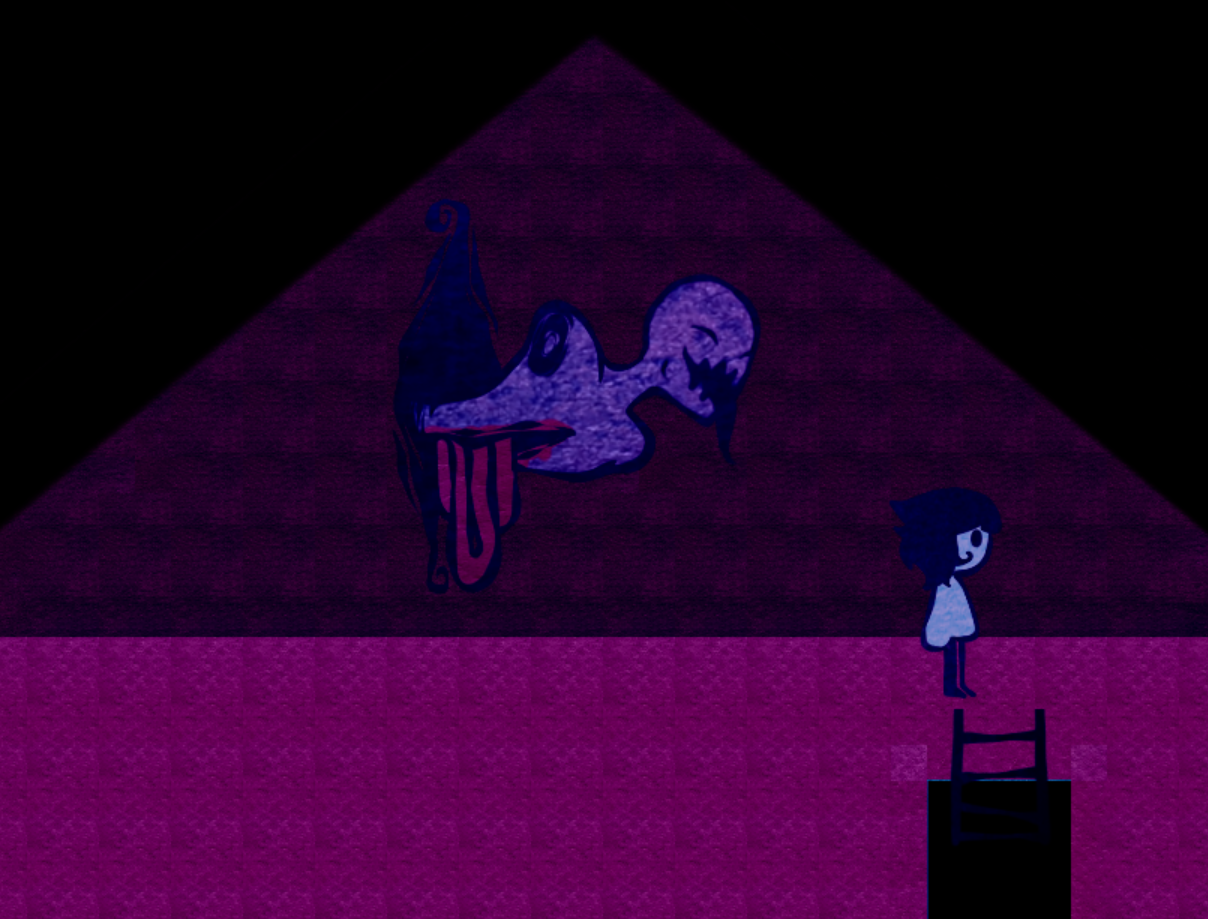 But let’s put all of that aside for a moment and give a close focus to what god opens the door has the most to say about: the topic of abusive households.

When you’re a child with no way to escape your situation, abuse feels suffocating; it can be a constant hold on a person, especially with no way to get out of such a terrible predicament. Trust me—I’m speaking from experience here. As a person who was abused for most of my young life (and even through my adult life), I know what that pain is like.

The game makes it clear that this child was not loved by their mother. Whenever you pick up a body part of the dead corpse, the game says lines like, “There is no love for you here. Not even in the smallest remnant of her,” and “[Her arms] are things that have never held you. They do not know comfort.” It’s clear that the main character felt rejected by their mother, and from what we see of the parent (who says to her child, “Don’t you dare come in her without fucking a beer.”), she doesn’t exactly seem like a very caring person.
It’s unclear whether the main character kills her mother out of revenge and anger or to give her unborn sibling peace. I understand wanting revenge against abusers, wishing that if they were just out of my life for good, I would be happy. But perhaps the child murders out of “necessity”, believing that she had to make the baby in the toilet less lonely. It’s hard to tell.

When I reflect on the abuse I suffered, I wonder if I, too, would have been content if I got the opportunity to metaphorically flush my abusers down the toilet. Whether if I had been able to be rid of them for good, my life would have improved. When I was in the thick of it, I thought about this a lot and pondered deeply about how I should deal with such an oppressive situation. Some of the most difficult times of my life sprouted from that time.

But then, one of my abusers changed and apologized to me—we have a great relationship now, better than I could have ever dreamed, and some of the best times of my life have come from their changed heart. The other is still the same person they always were; overall, they have refused to really change. I’m glad I didn’t give up on Abuser #1, and didn’t flush them down the toilet. Abuser #2, I don’t know, though. I wonder about it sometimes. Not about murder or mutilation, nothing like the things depicted in god opens the door. But about whether I should cut them from my life entirely, and whether that would truly help me find happiness. Abuse is difficult and messy, and sometimes, the answers refuse to become clear. 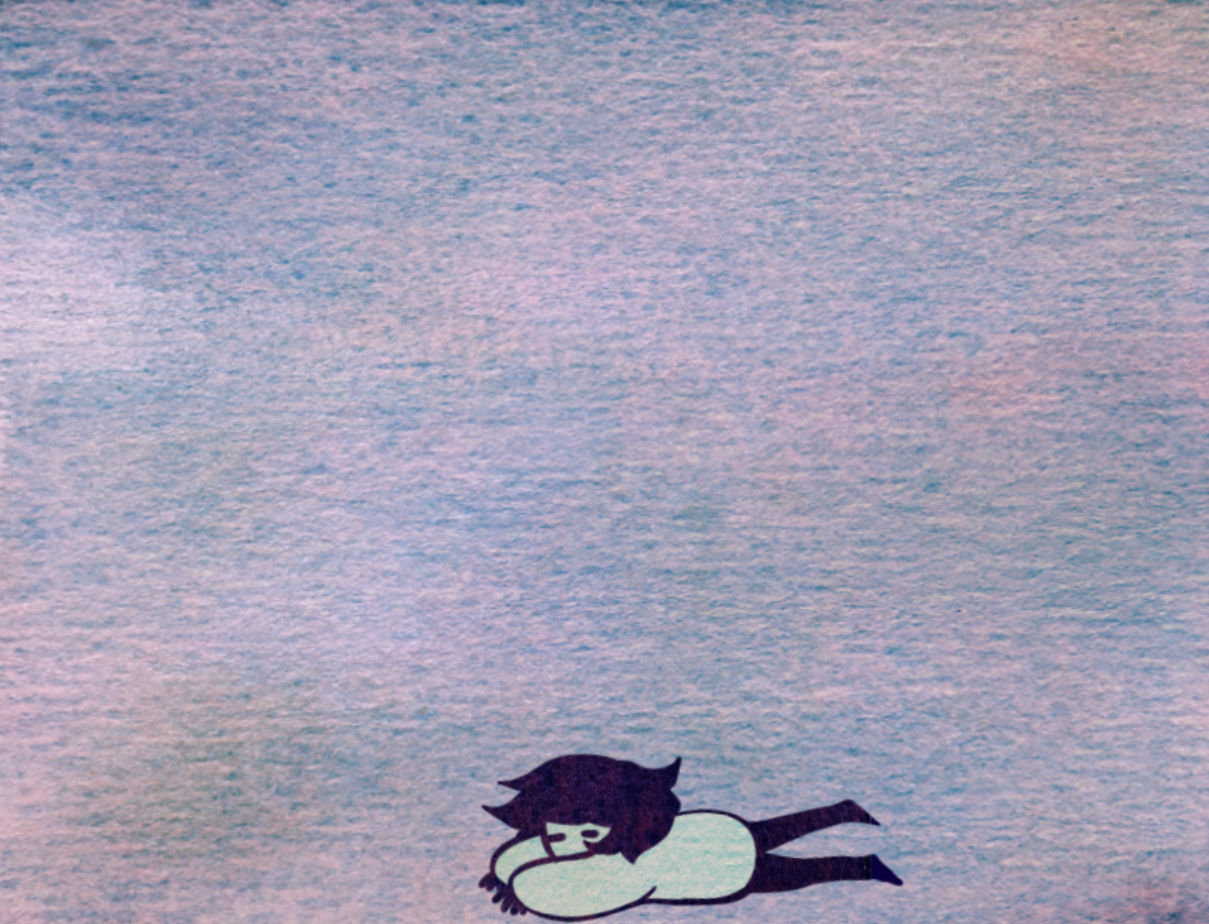 Overall, I’m glad I played god opens the door—it made me reflect on a lot of things, as you can see. Definitely experience this creepy RPG Maker game—it’s a good one.