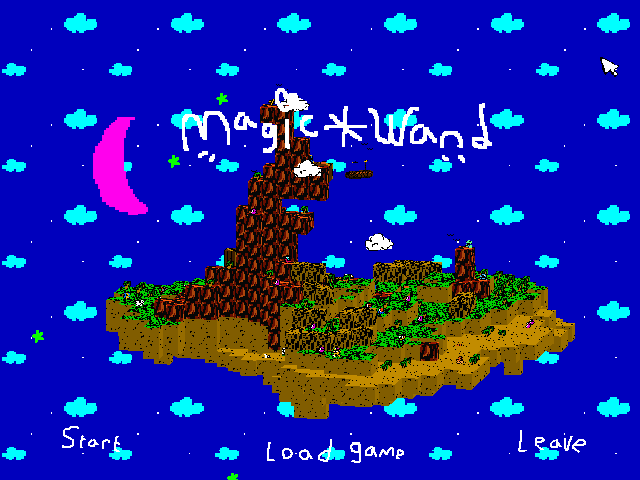 Our brave hero Radiget wanders the wastes, a hokey western tune playing as he steps around in his robes. Is he a knight? A wizard? A cowboy, as the opening music could allude to? Personally, I liked seeing him as an early Final Fantasy Red Mage, except decked out with a blue plague doctor mask. This man of mystery is on a quest for… nothing in particular, but he sure does love collecting capsule toys.

Magic Wand is the latest commercial project by thecatamites, known for games such as Space Funeral, 50 Short Games, Goblet Grotto and Murder Dog IV: Trial of the Murder Dog. For $4 on itch.io or Steam, you can hop into a 3D representation of a JRPG world, a diorama mixed in with thecatamites’ usual charm. 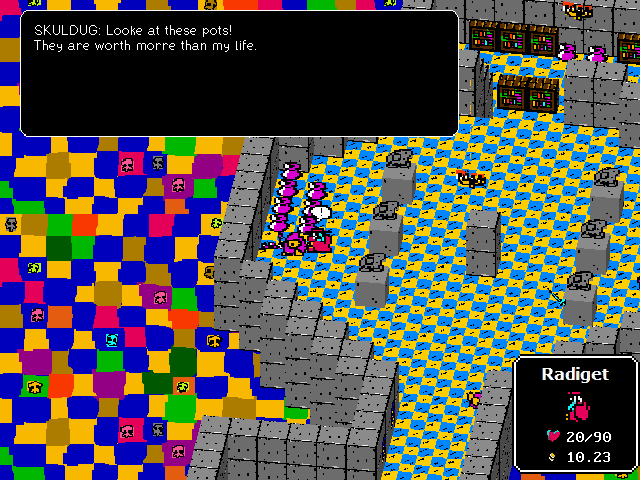 This diorama world of Magic Wand is that of a JRPG where the hero doesn’t really have a motivation. There is no flimsy plot reasons to push Radiget forward – in fact, when an inkling of a main narrative does appear, Radiget doesn’t really care and in fact seems to accomplish these narrative goals by accident. NPCs mention other troubles and quests, bringing up what would be fragments of plot in normal games, but Radiget cares not.

There is no true sense of danger either, creating anti-climaxes when things do get serious. Radiget can slay most foes with a single sword swing and while he has health that can be restored by soda (as it should be), there are no consequences for getting low. Radiget can keep on trucking even with negative health in the hundreds, no worse for wear. Some angels will occasionally fly down, presumably to claim his undead soul, but slashing them blows them up and heals Radiget in the holy explosion.

It’s sort of a JRPG that focuses more on exploration than fighting. Remember playing some game and wandering around on the overworld when you suddenly spot an interesting landmark? Remember getting a random encounter upon taking a few steps toward your destination and having to deal with a distraction for half a minute? No such troubles in Magic Wand, where most conflicts last a second and you can head straight to whatever interests you. Take a break from the not-narrative-pursuing and check out that tower. Relax and talk to the local NPCs screwing around.

As for these NPCs, they’re walking around in wonky sprites like Radiget, with different designs reflecting distorted forms of what would be considered typical RPG fare. At times, NPCs spout lore that is typically ridiculous yet perfectly legitimate for this universe. Sometimes, the dialogue is just plain non-sequiturs – ramblings that are also just as legitimate as the lore. Deliberate typos occasionally pepper the dialogue like a poor English translation, old English speech occasionally being used liberally like an old Dragon Quest, often in ways that don’t really make sense. Par for the course, really.

There is of course Radiget’s obsession with capsule toys, a player’s obsession with side activities over a main plot. You’ll occasionally get money from fighting jerks and breaking pots, which you’ll need to feed Radiget’s habit. These capsule toys are of characters in the game, with a brief note giving a bit of context behind them and you can admire them anytime in the menu. Now, there does seem to be a bunch of toys up for collecting, but these machines dispense prizes at random and just loves to give duplicates. I doubt that there’s a prize for getting all the toys, but hey, look at ’em. 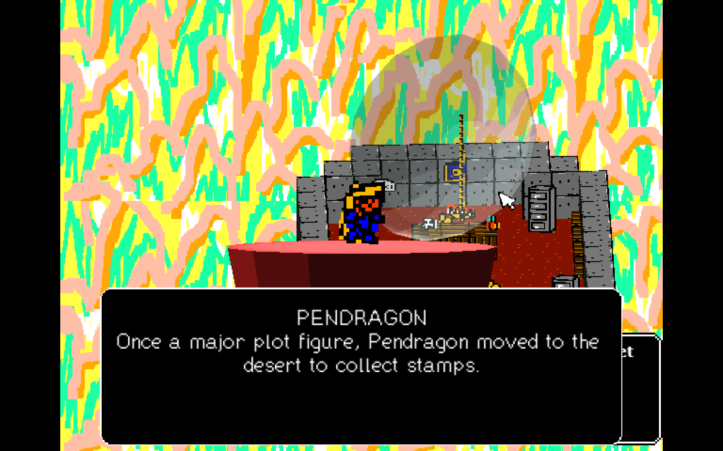 This strange world is accompanied by a soundtrack from New Vaders. The music helps give the game its dreamlike qualities, synths conveying a peaceful yet exciting journey then suddenly turning harsh and frantic as Radiget somehow finds himself facing a stronger than usual foe. Even if you’re turned off by the lo-fi aesthetics of Magic Wand, I can’t imagine anyone hating on the music.

Magic Wand is a delightful game and a fun take on an RPG, though it is on the short side. I found it enjoyable enough that the price-time ratio wasn’t really a concern to me, especially as someone that likes the creator’s past works. So, consider supporting your local vidcon maker and hop into an RPG diorama today!

Game of the Year Awards