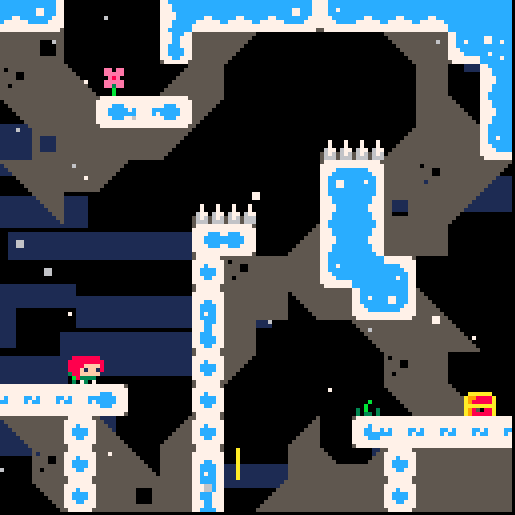 CELESTE Classic is a game by Maddy Thorson, who you may recognize as the guy behind Towerfall, in collaboration with Noel Berry. The game’s made in PICO-8, a fantasy game console whose games can be played in the browser.

You play as a girl climbing up a mountain, a perilous climb with little respite. You got some standard tools like a jump and a wall-jump, but you also have a dash move available. The girl does a small blast in the given direction, her hair changing color to signify it. The dash doesn’t reload until you touch the ground or pop a balloon (that somehow re-energizes her, I guess).

You get the ability to dash twice toward the end but aside from that, these are all the tools you have – so the levels will be pushing you to make the most of those abilities. The levels are all packed into one-screen rooms to navigate that all feel really varied, drifting toward Super Meat Boy-esque difficulty toward the latter half. The game controls well for the most part, though I had trouble doing diagonal dashes because of this dang keyboard.

There are these strawberries that you can optionally get, either through speed challenges or by opening treasure quests. They just sort of give you something else to aim for. What really appealed to me was the speedrunning potential, with a timer counting down while you play, giving some incentive for multiple playthroughs. I’m not too good at being speedy, but speedruns are pretty fun to watch, like this one. 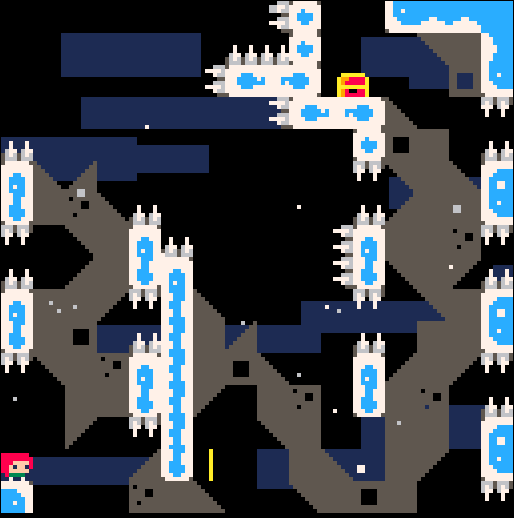 “But hold on, why is it called Classic?” Well, I didn’t know this going in, but Celeste is getting made for consoles. It greatly expands on the original with levels no longer contained to a small space, some new mechanics and some fancier graphics to go along with it. It’s aiming for a 2017 release, but a specific date hasn’t been announced yet. Something to look forward to in the future, I guess!