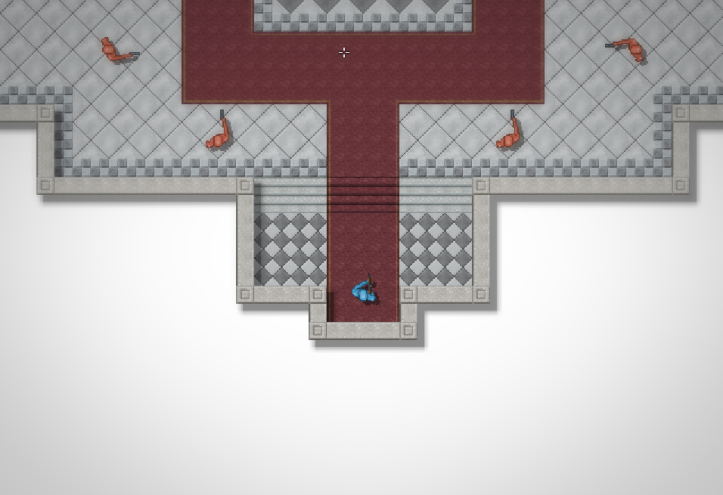 Do you enjoy hurting other people? Do you think that Superhot is the most innovative shooter in years? Want to pass the time with a free game without having to download it?

SUPERHOTline Miami is the game for you! It’s a game by Albatr and it’s a mash-up of the top-down one-hit kill ultraviolence of Hotline Miami with the “time moves when you move” mechanic of Superhot, with seven levels to play through.

Like both games, your goal is to kill all the enemies in the level (though without the end of level chanting or guilt trip music when you finish it). Most of the killing you do is through gunplay, but because of Superhot‘s mechanic, you have to move so that time and thus the bullets move forward. Of course, enemies and their bullets will also move as you do, so you’d have to be mindful of where you move to as these slow-motion bullets whoosh around. I’m more experienced with Hotline Miami than Superhot, so my main takeaway is that it’s a more careful version of Hotline.

The presentation’s sort of a mixture of both games, with minimalist top-down characters and maps that wouldn’t look out of place from Hotline Miami, but the colors are muted. There’s a single energetic song playing most of the time, but it feels kinda soft, presumably since Superhot doesn’t really have music playing for its levels.

The game’s a pretty good time and a fair challenge. The only times I got frustrated was when enemies were shooting at me past where I can see them (which was kinda my problem with Hotline Miami 2), but it’s downplayed from that game since you can see where the shots are coming from and dodge with the slowed time.

This crossover game’s actually spun off into SHOOTOUT INC, a still in-development game made by the same fellow, with the vague aesthetic mixes of its inspiration games being traded in for some cybernetic one more fitting for the sprites. It’s free-to-play, but it wouldn’t hurt to throw some money at the dev.